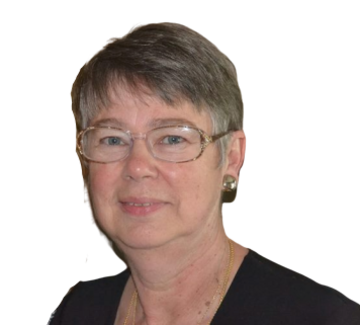 The City of Hamilton is built on 2 separate levels, the lower level comprised of our down town core, a West and East end residential areas.  Many commercial areas also thrive throughout the lower city. The top level is what Hamiltonians refer to as “the mountain”.  The mountain, which is really more like “a hill overlooking our beautiful city” is home to thousands of residents with parks, schools, recreation centres, shopping centers and all amenities that we relate to city living.

Hamilton’s West Mountain is an area between Upper James Street (East), Rymal Road (South), border of Ancaster (West) and the edge of the escarpment, Scenic Drive on the North.  The West Mountain is in close proximity to the Lincoln Alexander Parkway (or the Linc) and highway access.  Housing is more affordable  in Hamilton and we find some people are choosing to buy homes in Hamilton and commute to their workplaces in Toronto and the surrounding suburbs such as Mississauga and Oakville.  From the West Mountain, there are three quick accesses to the lower city.  Garth Street leads to the west side of the lower city, West 5th Street takes you to the central area, and Upper James routes you towards the East. The mountain arterial roads are travelled extensively by Hamiltonians.  Beautiful trees and views of the city enhance these routes. A splendour of colour in the fall as the leaves are turning colour and the glistening icicles in the winter make it a wondrous sight!

Different neighbourhoods throughout the West Mountain offer a variety of options.  From large, new extravagant homes to family affordable detached, townhomes and semi-detached, to high rise apartment condominiums, there is a home for you!

A neighbourhood on the West Mountain, Gurnett, just South of the Linc, North of Rymal Road (Hwy 53) and West of Upper Paradise offers new homes. Many large 2 storey family homes will certainly please the most discriminating buyers!

Mohawk College of Applied Arts and Technology was built on the West Mountain at Fennell and West 5th Street in 1967.  Previously the college had been called H.I.T. or  Hamilton Institute of Technology located in the lower part of Hamilton on Wentworth Street South.  The college is continually expanding!  Although it has student residences, many homes in the areas of West 1st, 2nd, 3rd, 4th and 5th Streets have been bought as investment properties and rented to Mohawk College students.  These streets are also near major bus routes that can have you across the mountain or to the downtown core in minutes.  This area is within walking distance to the Mountain Plaza Mall (home of Walmart) and two major grocery chain stores.

This website is operated by a brokerage or salesperson who is a member of The Canadian Real Estate Association.

The listing content on this website is protected by copyright and other laws, and is intended solely for the private, non-commercial use by individuals. Any other reproduction, distribution or use of the content, in whole or in part, is specifically forbidden. The prohibited uses include commercial use, "screen scraping", "database scraping", and any other activity intended to collect, store, reorganize or manipulate data on the pages produced by or displayed on this website.